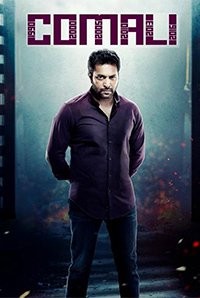 ayam Ravi’s ‘image makeover’ movie Comali is premiering today. It had made quite a lot of dispute all over the internet. The movie is about a guy who has woken up from coma after 16 years. The entirely changed world astonishes him. The trailer shows Jayam Ravi in multiple looks. This intrigued the curiosity of quite a lot of viewers and contributed to the sudden popularity of the trailer. It is releasing today, 15 August. It also had to face a huge amount of negative reactions due to a small scene which kind of mocked Rajani on his political entry. The filmmakers never intended the joke to be received in such an unfortunate way. The main actor, director and most of the cast and crew are huge fans of Rajani.