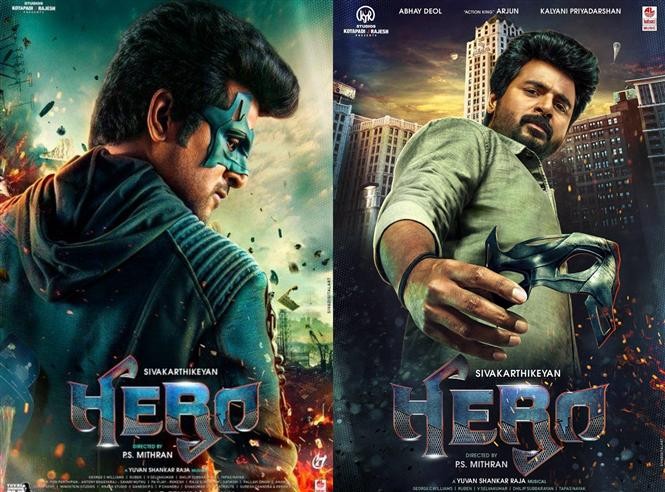 PS Mithran’s Hero is a superhero film that has Sivakarthikeyan and Kalyani Priyadharshan in the lead roles, while Arjun Sarja, Ivana, Robo Shankar, Elango Kumaravel and others play crucial supporting roles. The film is produced by Kotapadi J Rajesh under the banner KJR Studios. The technical team consists of George Williams as the cinematographer and Yuvan Shankar Raja as the Music Director. The right place to start looking at Hero is PS Mithran’s debut Irumbuthirai where he dealt with the issue of cybersecurity. In Hero, he takes on the education system in India and how the students are exploited by the corporates. The film has a Shankar-esque feel to it, in terms of story and the screenplay and there is reference to Shankar’s Gentleman, the connecting point being Arjun Sarja which quite worked well. Sivakarthikeyan plays the role of Sakthi, a man who, as a kid wished to become a superhero like Shaktimaan, but a minor accident quashes those dreams and he ends up starting a printing press for creating fake certificates and degrees. He turns vigilante superhero after a personal tragedy and that turns his life around completely. This is one of the very few superhero films in Tamil Cinema, but whether it is satisfactory is a question that is left unanswered.