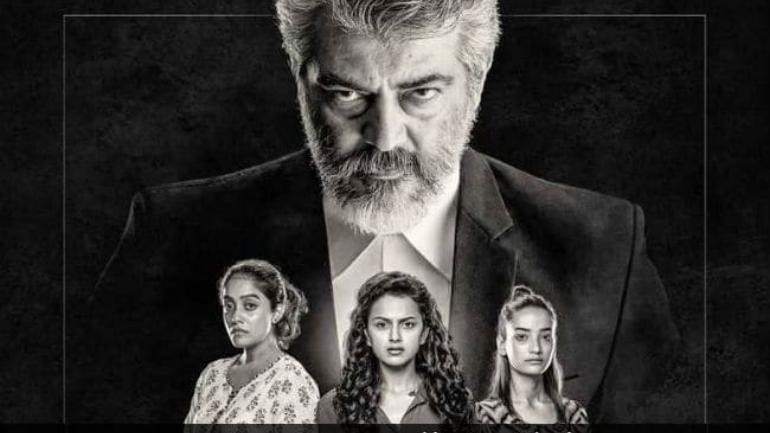 twitterShare on whatsapp After Viswasam, Thala Ajith will be seen in Boney Kapoor’s production film, Nerkonda Paarvai. Tamil remake of Bollywood film Pink starring Amitabh Bachchan in the lead, the film is all set to release on 8th August 2019. Directed by H. Vinoth, Ajith who is reprising Amitabh Bachchan’s character in the film will be doing a few kick-ass action scenes too. Fans of the Kollywood superstar are eagerly looking forward to this one film, which is just a few days away from its release. While fans are waiting for what’s in the store next, the first review of Nerkonda Paarvai is out. Celebrity photographer Karthik Srinivasan recently attended the preview of the film hosted for the closed ones. Karthik, after watching the film took to Twitter and wrote about the film. He wrote, “Great movie .Treat for #thala #ajith fans.” This will sure generate a hype among the moviegoers to watch the film. Apart from Ajith, the movie also stars Shraddha Srinath, Abhirami Iyer and Andrea Tariang in key roles. For the unversed, Bollywood actress Vidya Balan is making her Tamil debut with this film. While Shraddha Srinath is playing Taapsee’s role Andrea Tariang is reprising her role from the original film. Yuvan Shankar Raja has composed the songs for the film.