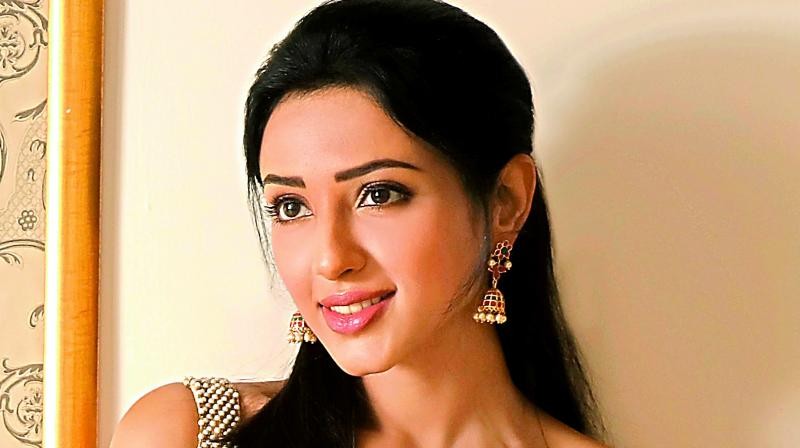 Riya Suman is an Indian Model and Actress who appears predominantly in Telugu and Tamil films. Born and brought up in Mumbai, belongs to a Sindhi business family. She pursued graduation in Bachelor in Management Studied at RA Podar College of Commerce & Economics, Matunga, Mumbai. In her school and college, she had participated in several plays and drama activities and later did diploma in acting course from Anupam Kher's School of Acting, Mumbai.Debuted in 2016 in a Telugu film called Majnu, while still pursuing her degree, opposite Natural star Nani. The movie opened to great reviews commercially and critically. After finishing her degree, she starred in another Telugu film, Paper Boy, which opened to mixed reviews from the critics and audience. Although she received critical appraisal for her rich yet humble girl portrayal and nuanced performance in the film. The Hans India 's writer claimed that, "Riya Suman delivered an elegant and beautiful performance. She is not only looking extremely gorgeous in the film but will impress the viewers with her talent as well".Indiaglitz writer states,"Riya Suman is restrained; her smile comes with a certain cuteness.Telugu Film Nagar's writer praised saying, "Matured measured performance by Riya Suman.Telugu Cinema's writer reviewed that, "Riya Suman shows grace and has a decent screen presence. Currently filming her debut in Tamil titled Seeru with Jiiva, directed by Rathna Siva, produced by Vels International films.
குறிச்சொற்கள்: கோலிவுட் டாக்கீஸ்